By Unknown April 24, 2015
I find it fascinating that people go on about fair trade and organic, and then use flavourant. Surely complete lifecycle is no long a myth? 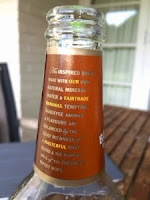 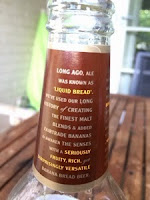 Anyway I did not buy this beer because it had fair trade bananas or because Wells use their own mineral Water to make it, i bought it because it sounded diferent. How can something taste like banana bread, good old Mom's (or country bakes to be honest) banana bread? Well it cannot. the banana flavourant is the dominant banana flavour, hands down. Fake banana flavourant tastes like caramel banana rather than good old banana. Why use "Fair trade" bananas and then add fake falvourant? I know juicing bananas does not produce much juice, but surely you can get flavour using a beter method.

What is the beer like? Well not like banana bread! At least not any I have had. there is some caramel banana and it is interesting but it is interesting knowing that 98% or more of our body is space, and yet I am still identified by the none space.

Actually scores lower than it thought it id not quite s disagreable as that. 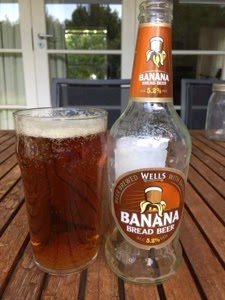 Bitcoin / Cryptocurrency – what is it and how can I benefit

By Unknown August 22, 2017
What is it I started investigating Bitcoin when it was worth just over $1000 a bitcoin. I was interested in what it was and how it worked. A lot of people are saying we missed the boat, but I believe that everyone should at least try put a little money in now, or at least use a faucet (see below) to make a little micro-currency. You can read a Wiki article about bitcoin and its history etc. But what you need to know is that it is a currency, that is independent of country. No one really knows who invented the concept of a cryptocurrency since the person who published the paper used a nom de plume. All new cryptocurrencies work more or less the same way as Bitcoin. So as I explain below I interchange these terms. Bitcoin is the original cryptocurrency. How Bitcoin works The currency releases a coin based on a mathematical formula. There will never be more than 21 million bitcoins (other cryptocurrencies do not work like this). Each bitcoin can have divided into one hundred mil
Post a Comment
Read more