By Unknown March 21, 2015
Thought I would start doing some reviews on Weiss or wheat beers. These beers Re very distinct and Weiss beers are definitely an acquired taste. And once you have acquired them it is hard to stop. They are very drinkable.

A bit of explanation on this rating and the ones before, The Aromatic, Flavour and after tastel describe intensity of that item, so how much that sense is stimulated. Aroma is the smell, Flavour  the taste and after taste what is left after swallowing, no mater how much you love it. A score of 1 is smells like air, 5 is something. Is there and 10 is wow I cannot use that sense for the next 5 minutes. Then morishness is how much time you would allow to lapse before another sip. 1 is I did not have another sip, I threw it down the drain, 5 is after some time, 7 is when I felt thirsty :) and 10 is I downed it and got another without waiting. 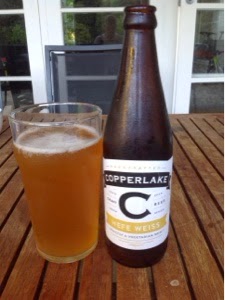 Will I buy again is if the beer is that good that I will buy again, 1 is only at gun point, 5 is I forgot and bought it by mistake, 7 is yep but only if there is nothing else available, 10 is I mortgaged the house and bought the brewery.

So now Copper lake Weiss. This is a good Weiss but I think it is too bubbly in the mouth, the fruitiness of a typically Weiss is there but perhaps a little too sweet for my taste. Still it is an enjoyable enough Weiss.

Overall enjoyable with the sun going down, so there is a view.

Bitcoin / Cryptocurrency – what is it and how can I benefit

By Unknown August 22, 2017
What is it I started investigating Bitcoin when it was worth just over $1000 a bitcoin. I was interested in what it was and how it worked. A lot of people are saying we missed the boat, but I believe that everyone should at least try put a little money in now, or at least use a faucet (see below) to make a little micro-currency. You can read a Wiki article about bitcoin and its history etc. But what you need to know is that it is a currency, that is independent of country. No one really knows who invented the concept of a cryptocurrency since the person who published the paper used a nom de plume. All new cryptocurrencies work more or less the same way as Bitcoin. So as I explain below I interchange these terms. Bitcoin is the original cryptocurrency. How Bitcoin works The currency releases a coin based on a mathematical formula. There will never be more than 21 million bitcoins (other cryptocurrencies do not work like this). Each bitcoin can have divided into one hundred mil
Post a Comment
Read more